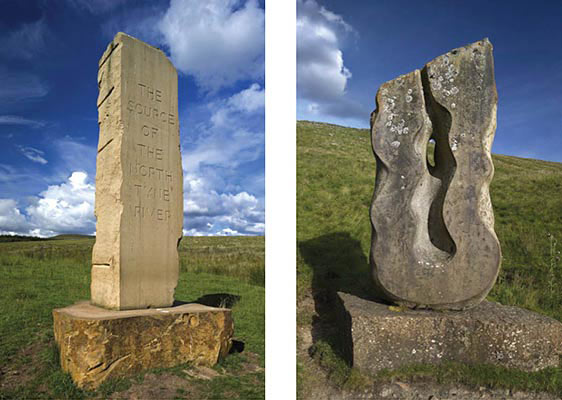 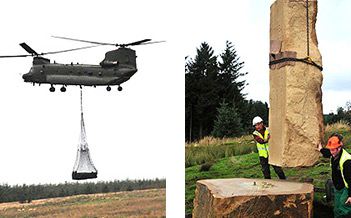 Tyne Trail Ultra will be donating £5 from each entry fee to the Daft as a Brush charity.

If you are entering this event and wish to raise money for charity then we hope you will consider running for Daft as a Brush. If you would like to learn more about this great charity that offers cancer patient care, then please see the videos below and visit their website for more information.

The idea for the River Tyne Trail, from the sources of the Tyne to where the river reaches the sea, was the brainchild of Brian Burnie. Former businessman Brian is the founder of the charity, Daft as a Brush Cancer Patient Care. He believed that such a walk would generate interest in the charity and have particular relevance for people affected, in one way or another, by cancer.

In March 2012, Brian, together with three friends, carried out the original pilot walk from each of the two sources of the River Tyne to the sea at Tynemouth and South Shields. In October 2013 a Chinook helicopter from RAF Odiham lowered two four-metre-high stones, weighing 5 tonnes each, to establish an obelisk marking the source of the North Tyne at Deadwater Farm close to the border between Northumberland and Scotland.

The source of the South Tyne at Tyne Head in Cumbria already had a similar monument. In March 2016 marker stones were erected at the finishes of the walk at both Tynemouth and South Shields.

Daft as a Brush Cancer Patient Care offers staffed custom-made vehicles to transport outpatients, free of charge, to and from Hospital who are undergoing Chemotherapy and Radiotherapy cancer treatment.

The regions to be covered by Daft as a Brush are: Northumberland, North and South Tyneside, Durham, Newcastle upon Tyne and surrounding areas. There would be no charge to the patients for our Service. The service would entail collecting and transporting the patients in a safe and comfortable environment, from where they are living, taking them to where they will be having their treatment. If required staying with the patient whilst they have their treatment and then bringing them back home in readiness for their next course of treatment. 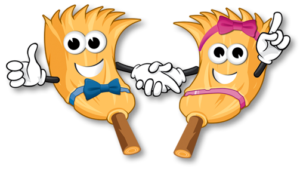